Baltimore is at the centre of whale and dolphin watching in West Cork. Dolphins, in particular, may be encountered at any time of  year. From April to December it is possible to see minke whales, common dolphins and harbour porpoise. In late summer and autumn they are often joined by humpback and fin whales which come inshore to feed. They can sometimes be watched from vantage points on shore as well as from boats. Other animals include the second largest fish in the world, the basking shark, and the ocean sunfish. Leatherback turtles and bluefin tuna may also be spotted at times. 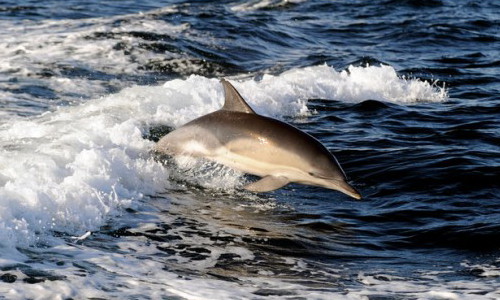 The area and, in particular, Cape Clear, are also noted for birdwatching and boat trips will frequently yield sightings of less common seabirds, such as rare petrels and shearwaters.